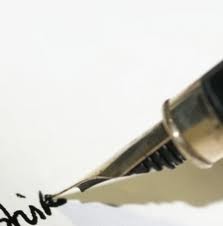 When it comes to writing it's frequently said that we should draw inspiration from our surroundings, but often that isn't true of crime writers. On the whole those of us who haven't worked as police officers, prison guards, parole officers or crime reporters tend to have lived a much more sheltered life. The closest we get to real crime is watching a documentary on the TV or reading true crime.

At least that was the case with me until I moved to be closer to my elderly mum after my dad died following a long battle with cancer.

It seemed like the right thing to do at the time but its fast turned into a nightmare, but on the plus side I now have plenty of material for countless crime novels thanks to events that have happened since I moved.

The first week at our new flat the police came to our door looking for a flasher. Apparently some degenerate was going around with his penis hanging out and hiding it behind a newspaper before assailing the eyes of women going about their daily business. My OH was questioned as were other men in the areas, but he was cleared very quickly because the police were looking for was someone well over six feet.

They never did catch this flasher, but it gave me an idea for a short story that might turn into a novella.

Round two came when my partner who had never been the victim of a crime before unless you count the mullet he had in his teenage years (I blame Kevin Keegan), was targeted by two muggers with one spitting on him and the other punching his head when he refused to let go of the bags he was carrying. Whilst this was happening, in blood daylight, several cars were stuck at the traffic lights and not one single person though to so much as toot their horn.

That made me conduct some research into why many people who witness crime do nothing, and why others intervene. That became the basis of what will be my fourth Detective in a Coma book, . Publication date TBD as the second and third book haven’t been published yet due to unforeseen delays.

Being in such a crime hotbed means I've leant some new skills too that I’ve used in my recent work. After my mobile phone was stolen out of my pocket whilst I was out walking the dog with my partner, I discovered exactly how to track it down and I managed to pinpoint it to less than a mile from where it was stolen using the Find My Phone function on my mobile. Handily, I also found out how to remotely access the phone's contents and transfer them to my other phone as well as how to delete them once they're no longer useful.

Best of all, I could lock the phone remotely and render its pre-payment SIM card totally useless so the thief wouldn't be able to make so much as a call or a text, effectively turning it into a lump of useless plastic.

This knowledge I've acquired will come in handy in years to come as I write my crime novels. 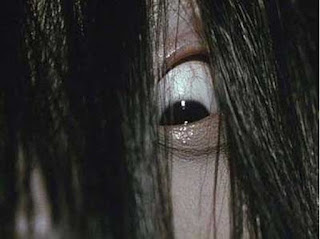 As well as the frustration of having my pocket picked in what I'm now calling The Incident, the lost phone inspired me to come up with the idea of a novelized Phone Booth for the year 2018.

In case you've never seen it, in Phone Booth (2002) Colin Farrell's character is passing a phone box when it rings. Foolishly he answers it and that's when the menacing voice of Kiefer Sutherland comes over the line and tells the unlucky guy he's got a sniper's rifle aimed at him. Oh, and he knows all about him.

Phone boxes are disappearing faster than sugar in soft drinks, so in this case my lead character would find a mobile phone and being such a good Samaritan, he decides to hand it into the local police station. Before he can make it, the phone rings and he answers it and it soon becomes obvious that someone is watching him and they threaten to hurt his family if he doesn't shut up and follow orders. They don't care that he's not the man they hired. They just want whatever clandestine task they have in mind for him done. Then he'll be off the hook.

But are you ever off the hook with these kinds of people? As every crime novelist knows, the answer's a resounding no.

A few months ago a man was arrested on my street for dangerous driving, whilst drunk and found with a cache of weapons straight out of a horror flick, including a machete and no, he didn't work in a nearby restaurant or a butchers.

What should my next book be about? How about a main character who gets their phone stolen during a mugging, who then goes around the city in his car looking for his attackers. This vigilante's weapon of choice - clearly a machete.

Inspiration as they say is everywhere and I've now got more than my fair share.

About the author - Vile City, book 1 in the Detective in a Coma series, is out now from Caffeine Nights.
How Kirsty Gets Her Kicks, a novella about a one-legged femme fatale on the run with a gangster's gun and safe load of cash will be published by Shotgun Honey in June 2019.

Posted by Jennifer Lee Thomson, Jenny Thomson at 20:05 No comments: