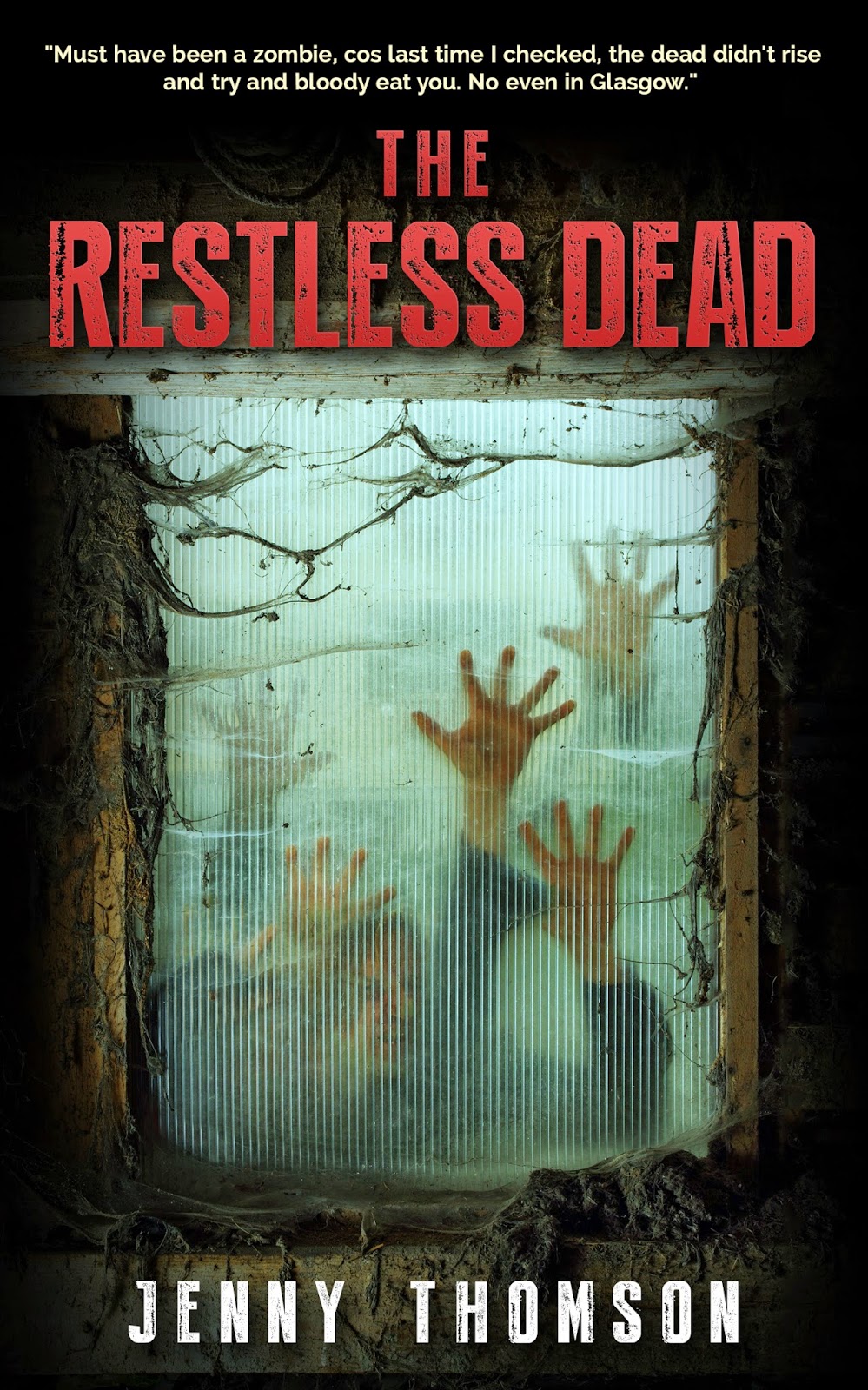 By popular demand, zombie novel, The Restless Dead, is now out in paperback with an alternative ending and some bonus material. And a brand new cover.

You can check it out at Amazon.com and Amazon.co.uk

Thanks so much to everyone who has already bought the book as an ebook and who asked me to bring out a paperback version.

Let's defeat the zombie hordes together:)

Posted by Jennifer Lee Thomson, Jenny Thomson at 04:40 No comments:

A sneak peek from Don't Come For Me

Prologue
You're in the bathroom late at night when you hear a noise coming from outside the door, and there's this tiny part of you, the product of centuries of genetic programming designed to make you fight or flee, that thinks there's someone inside your house.
Somebody waiting for you outside that door.
Panic sucks the air out of your lungs.
Your dread of what's outside that door places an icy hand on your shoulder.
All kinds of scary thoughts are going through your mind. Different permutations of what's outside the door.
Has someone broken in and they're going through your stuff?
Is someone there determined to do you harm as they have in the past?
There's this tiny voice inside your head telling you not to be so silly. You're imagining things. After what happened before that's understandable, but you can't let fear rule your life. Be the boss of you.
When you open that door, you'll feel ridiculous when you see that nobody's there.
There is no bogeyman waiting.
You open the bathroom door, confidently to prove you don't care; that you've mastered your irrational fear. Not tentatively like you want to, so you can turn on your heels and slam the door shut. Just an inch so you can get a peek at what's out there.
In a few seconds, you're going to be laughing about this. To feel a fool.
With your heart beating in your ears, the door swings open and right away, you see that you were right to be worried.
Both chairs are upturned in the living room and the TVs been pulled out of its brackets. Your boyfriend's nowhere to be seen.
You go into the kitchen and there's a knife on the floor and a pool of blood. You're trying to take all this in as your heart thumps against your breastbone on stereo.
That's when the police turn up, threatening to break down the door if you don't open up.
Surveying the scene you know that they're gonna think you killed him...
My name is Nancy Kerr and I'm not a murderer. Since my parents were murdered I've come close a few times, but I've never done the deed.
I did tattoo the world RAPIST across the stomach of one of my parents' killers. But to me that was justified, righteous revenge because when I walked in on those monsters who’d killed my parents, they raped me and left me bleeding to death on the kitchen floor of my childhood home. What happened caused me to have a breakdown and I ended up in a psychiatric hospital where I was in the land of the zombies for fourteen months. I have no memory of most of what happened there.
But, hey, that's another story.
Accused of my boyfriend Tommy's murder, I need to prove my innocence. It won't be easy. Confronted by the same scene as the police, I would think I was guilty too. And, Tommy's still missing, presumed dead and murdered by me.

DON'T COME FOR ME IS COMING SOON...
Posted by Jennifer Lee Thomson, Jenny Thomson at 02:58 No comments: