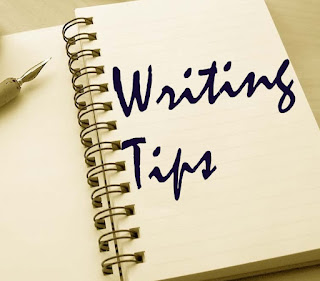 Writing a novel can seem like an arduous task.But there are ways to make it easier, especially with a bit of pre-planning and organisation.

This is what I learnt writing , the first book in my Detective in a Coma series.
1. You need to be able to tell at a glance what's in every chapter. That includes plot and character development.
Unless you're blessed with a photographic memory (if you are, I envy you) there are a few ways to do this. You can have a timeline on paper or a spreadsheet on your computer.
I prefer to have a summary to go with each chapter on a Word document. I constantly update this and when I’m editing I print it out and constantly refer to it.

2. If your characters are going to be in a series do a character profile for each character.
This should cover character, background and appearance. I reserve several pages in a notebook I keep for DI Waddell, his coma stricken pal DC Stevie Campbell (who talks to Waddell even although nobody else can hear) & Co for each character in my Detective in a Coma books. I add details as I write each book. I've just finished book three.

You need to have pertinent details of your characters quickly to hand so you can access them without slowing down your writing by having to search through text for that one detail that you need.

How many times have they been married? Do they have kids and if so what are their names? If they were in an accident who'd be their next of kin? What colour is their hair?
You need to know these things so you won't suddenly change your balding, thrice divorced, childless bachelor into someone with enviable hair, two kids and a first wife. 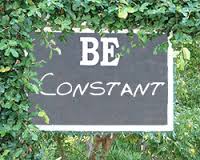 3. Keep a firm grip on the continuity.
You need to be consistent. No changing characters names halfway through your book. Keep an eye on the details - is your character sitting down when they've recently complained of a back injury and said they couldn't sit down?

In one of my earlier versions of , I had Shelley Craig who gets kidnapped in the book, deliberately leaving behind a necklace with a charm based on a Monopoly playing piece in one of the places she'd been kept. When my main character DI Waddell finds it the charm on the necklace had changed. 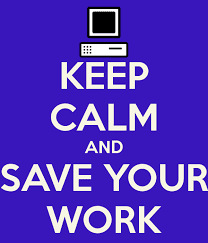 4. Save your first draft and subsequent drafts to at least three places (or four or five...).
We've all done it haven't we - toiled over our writing only to forget to save the new changes we've made or lost it all when our computer went nuts/was hit with a virus/decided that it hated us.

There is nothing worse than losing hours, days and even weeks of hard graft and somebody saying: "Hey didn’t you back it up?" when you sit there looking sheepish because you haven't.

That's why it's important to save your work at least once a day to at least three places - I send my work to two different emails, save it to Dropbox and save it on my laptop and tablet. That way if something goes wrong I won't lose work. I also save my WIP to all these places every time I do any revamping or substantial writing. 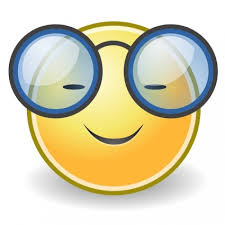 5. Always edit on paper.
Trust me on this, when you read on a laptop or tablet screen you miss mistakes and because it's your writing your brain can trick you into thinking you've written something different to what you have.

For example - I once wrote that a character was wearing a violent jumpsuit rather than a violet one. Major difference. Don’t let your jumpsuit get violent:)

Jennifer's first novel, Vile City, which ironically will be published a few years after the second and third ones she wrote were is out on May 11th and will be launched at Waterstones in Glasgow’s busy Sauchiehall Street the same day starting at 7pm.

So, how did the book launch for Vile City go, eh?

Quite a few people have asked me that and I've given a few sentences in reply.

Here's how the night went -
A quivering wreck and squinting through one eye because I couldn't see out of it because it was blurred with hayfever, I headed into Waterstones in Glasgow's famous Sauchiehall Street (its a nightmare for non-Scots to say and is pronounced Saw-kie-hall Street).

Before I went there, a few people mentioned this was Scotland's biggest bookstore - no pressure there then.

On the way there, I was contemplating doing a runner because I was so nervous, but my partner John kept reassuring me it would be okay. He had a speech prepared and I wouldn't need to do a thing except for signing books. 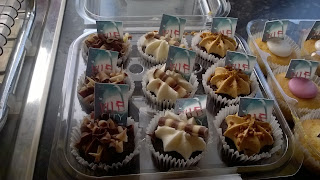 Sounded simple enough, but I suffer from agoraphobia (a crippling fear of people and open spaces (see my agoraphobic writer post) my hands were shaking and its hard to write my long name (Jennifer Lee Thomson) in a way that wouldn't ruin anybody's book.

We arrived at the store at 6pm for the 7pm launch, which seemed a bit early but as it turned out, I needed that extra hour.

The events manager Frankie, the most enthusiastic person I've ever met, talked us through what would happen at the event and laid out the cakes we'd brought with mini book covers made out of rice paper by an amazing cake designer.

Frankie talked us through how to use the microphones. Vital if like me you are useless with anything more technologically advanced than a shoebox tied with rope.

John was thankfully going to do all the talking standing at a lectern so in the end my microphone could be switched off.

After Frankie gave me tips on where to sign the book and what to write, it was 7pm and time to roll.

Lynsey Adams from the wonderful There's Been a Murder blog  came early and brought me a lovely, thoughtful gift and so did my brother, Ian. Then a few of John's good friends and my other brother Jamie, so at least my dream of nobody showing up proved unfounded. And everybody seemed to be enjoying the cakes!

But 7pm and ten past 7 came and went and nobody else had arrived. Finally the stragglers, otherwise known as my family arrived fifteen minutes late - they'd got lost).

My partner made his amazing speech and everybody loved it and then it was book signing time, which I thoroughly enjoyed especially when asked questions about writing or my characters.

Would I have a book launch again? Probably, if Waterstones will have me again as they were wonderful to deal with (thanks go to events' manager James and Ben, as well as the amazing Frankie).

Next time (if there is one) I'll know exactly what to except.

For starters, most people who say they'll come won't, especially if Take That are in town and its a sunny day.

Your nearest and dearest will turn up late or not at all, or to a completely different venue (Glasgow has two Waterstones in the city centre alone and they are five minutes away from each other).

Vile City was published today and soon I'll be leaving for my book launch at Waterstones. Its on the 2nd floor of the Sauchiehall Street branch, kicking off at 7pm if you fancy stopping by. There will be cake.

Although there's happiness in my heart that at long last the novel that won the Scottish Association of Writers' Pitlochry Quaich for a first crime novel in 2011 is being published, there's fear too. The kind of fear that gnaws at your heart like you're being eaten from the inside.

Doubt is every writer's worst enemy.


Will anybody want to read your book? Will the reviews be scathing like knives through your heart?

Whatever the reception you get, being a writer means putting yourself out there. You have to expect and accept that people won't like your writing. But that doesn't make it any easier.

But there is joy too in seeing your book on sale. Of knowing that your hard work has paid off.

In the case of Vile City (Detective in a Coma Book 1), I've been working on it trying to get it published for 6 years. In that time, it's gone through so many different versions.

Why Detective in a Coma?
DC Stevie Campbell, the detective of the title who's in the coma, came to life after he started speaking to me. Initially he was a bit character, but he became much more. So, I thought wouldn't it be interesting to see what would happen if this friend who is meant to be in a coma started to talk to my main character DI Duncan Waddell? That would make anybody question their sanity, wouldn't it?

Vile City tells two parallel stories -
Shelley Craig who's been taken and who will do anything to make it home and DI Duncan Waddell's attempts to find her.

Shelley is an amalgamation of every strong woman I know. She's not a victim. No, she's a survivor. 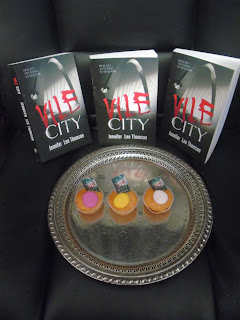 Anyway, I better go now. Some cakes with book cover toppers and my book launch are waiting. Maybe I will see you there.

Vile City is available in paperback and in eBook -
Amazon UK
Amazon.com
Amazon.ca

Posted by Jennifer Lee Thomson, Jenny Thomson at 10:00 No comments: