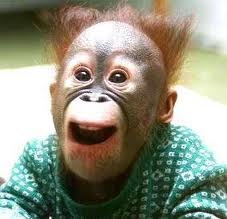 In 2011, I entered my Glasgow crime novel, Vile City in a crime writing competition for a first novel. I won and thought now I've got a great chance of finally getting the thriller published.

I sent it out to agents and publishers, had some great responses but all so close and no cigar. The closest I came was a publisher who wanted to do it as an eBook only.

Now a publisher I have long since admired, Caffeine Nights, who have one of my all-time favourite authors on their books, horror king Shaun Hutson, have offered me a publishing deal. They loved the book and the humour.

The book is the first in the Detective in a Coma series and won't be out until 2017, but I'm so freaking excited. I'm already halfway through writing the follow up, Cannibal City.

Vile City features DI Duncan Waddell who's starting to hate the city he once loved because of all the horrors he's seen. He's overweight, borderline diabetic, but it's his wit that gets him through the day.

Vile City also tells the story of Shelley Craig and her battle to escape after she's drugged and kidnapped by a sex gang. Shelley's a modern girl, battling to get home and will do anything to reach her goal.

One character didn't so much as yell for my attention as grab me by the arm and bark: "GET WRITING."

He was DC Stevie Campbell and since he was attacked by a suspect with a broken bottle, he's been in a coma, but his friend DI Waddell is able to speak to him.

Is Stevie really in a coma?

Can Waddell really speak to him, or is he losing the plot?

Or, is Waddell the one in the coma?

At this point, I don't even know myself, but I hope this Life on Mars type twist will intrigue the reader.